Budd Hopkins Classics Back in Print 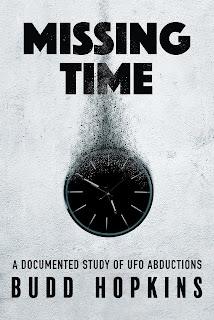 Hopkins' Missing Time and Intruders both will be available for the first time in decades from April 20, 2021 in paperback and eBook formats.

Originally published in 1981, Missing Time was the first focused study of an enigma that would captivate the world and challenge our understanding of the universe. The influence of Missing Time was such that its title is now deeply embedded into the lexicon of UFO studies—synonymous with that most controversial and troubling of topics: alien abduction.

At the time of its writing, Hopkins could not have predicted the impact of Missing Time, not only within UFOlogy, but in popular culture worldwide. The facts, stories, and theories presented by Hopkins laid the foundation for the first mainstream debates surrounding reports of human encounters with small, grey-skinned entities—non-human beings with hypnotic black eyes who came silently in the night for their own mysterious purposes. These vivid descriptions, as documented in Missing Time, would trigger buried memories worldwide in people from all walks of life—to the extent that the so-called “Greys” now represent the dominant cultural imagining of an alien lifeform.

Missing Time is a comparative study of individuals distinct from one another in their life circumstances, separated by geography, but connected by their shared experience of a disturbing mystery with profound implications. An essential addition to the library of any serious scholar of the anomalous, and of all who dare to explore the physical, psychological, and spiritual extremities of human experience. 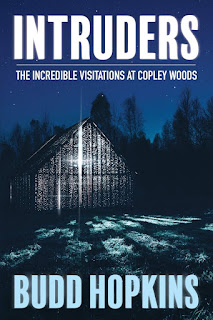 First published in 1987 when it spent four weeks on the New York Times Best Seller list, Intruders remains one of the most powerful and influential books ever written on the controversial subject of alien abduction. Building on the evidence presented in his seminal 1981 work, Missing Time, Budd Hopkins here focuses on the remarkable case of “Kathie Davis,” a young woman from rural Indianapolis whose life was changed forever after a shattering, face-to-face encounter one summer night with non-human entities.

Little did Kathie know it, but her encounter that night was not by chance; she had not been in the wrong place at the wrong time. Like so many others before and since, Kathie had been selected by an intelligence that operates beyond the veil of our accepted reality. Its technology challenges our comprehension, its motives are murky. But its interactions with Kathie and others like her have provided consistent clues—even physical evidence—pointing to an agenda relating to evolution and survival… but of whose species… theirs, or ours?

Such was the popularity of Intruders that it was later adapted for television as a CBS miniseries of the same name, starring Richard Crenna and co-written by Tracy Tormé, (Fire in the Sky, Star Trek: The Next Generation).

Intruders is a classic in the literature that remains just as relevant today as ever—and just as terrifying.