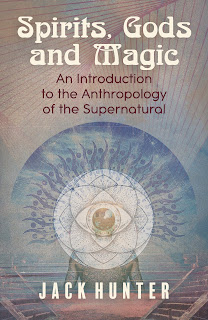 An Introduction to the Anthropology of the Paranormal

Across the globe and through time, diverse cultures have developed elaborate systems for understanding and interacting with strange forces and invisible beings. Since the nineteenth century anthropologists have theorised about the nature of the extraordinary experiences and beliefs recounted to them by their fieldwork informants, at home and abroad.

Spirits, Gods and Magic is an introduction to the anthropology of the supernatural. The book features introductory chapters outlining key anthropological perspectives on Shamanism and Spirit Possession, Witchcraft and Magic, and Ghosts, Spirits and Gods. It also includes chapters exploring the relationship between Ethnography and the Paranormal and what the fields of Anthropology and Parapsychology can learn from each other. With a Foreword by anthropologist Dr. Fiona Bowie and an Afterword by parapsychologist Dr. David Luke, the book makes an important contribution to inter-disciplinary paranormal studies.

Jack Hunter, Ph.D., is an Honorary Research Fellow with the Alister Hardy Religious Experience Research Centre and a member of the Sophia Centre, both at the University of Wales Trinity Saint David, and is Research Fellow with the Parapsychology Foundation, New York. He is the founder and editor of Paranthropology: Journal of Anthropological Approaches to the Paranormal and the author of Engaging the Anomalous (2018) and Manifesting Spirits (2020). He is the editor of Strange Dimensions: A Paranthropology Anthology (2015), Damned Facts: Fortean Essays on Religion, Folklore and the Paranormal (2016), Greening the Paranormal: Exploring the Ecology of Extraordinary Experience (2019), and co-editor with Dr. David Luke of Talking with the Spirits: Ethnographies from Between the Worlds (2014). He lives in the hills of Mid-Wales with his family.